We are pleased to announce Canvas has become the first EMR company founded in the past two decades to complete certification against the 21st Century Cures Update of the latest edition of the rules. 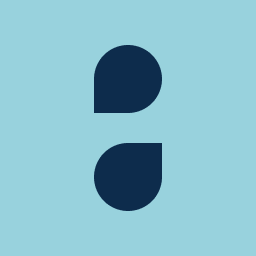 With this new funding, we will continue to invest in bringing additional enterprise-grade capabilities to market, including security and governance features that put Canvas at the cutting-edge of extensibility, interoperability, and performance.

Here's some of what TechCrunch had to say about the news:

Canvas, an electronic medical records (EMR) startup, helps 15 types of stakeholders ranging from physicians to insurance companies to social workers keep better track of their patient data through a workflow system that autofills information in a document — rather than through a series of drop-down menus — which makes it faster and easier for users.

Now, the San Francisco-based startup just raised $24 million in Series B financing in a round led by M13, with participation from existing investors including Inspired Capital, IA Ventures and Upfront Capital.

Thank you! Your submission has been received!
Oops! Something went wrong while submitting the form.

The current iteration of Canvas’s software took five years to develop, and launched in the fall of 2021. It allows users to keep track of data and link to payment options all with an open API that allows software developers to build on top of it. The company has seen its customer base grow by 300% since its latest product launch last year, but it declined to share more specific metrics.

Alongside its funding news, the startup is also announcing that it has been federally certified by the Office of the National Coordinator for Health Information Technology (ONC). It’s the first EMR company in two decades to get the nod, due to its standardized healthcare API, which means it can work with federal programs like medicare and it puts the company ahead of the upcoming API enforcement by the 21st Century Cares Act.

Thank you! Your submission has been received!
Oops! Something went wrong while submitting the form.