Canvas Medical, an electronic health records (EHR) startup, today announced their $17 million Series A and a new partnership with Anthem, one of the biggest health insurance companies in the country. 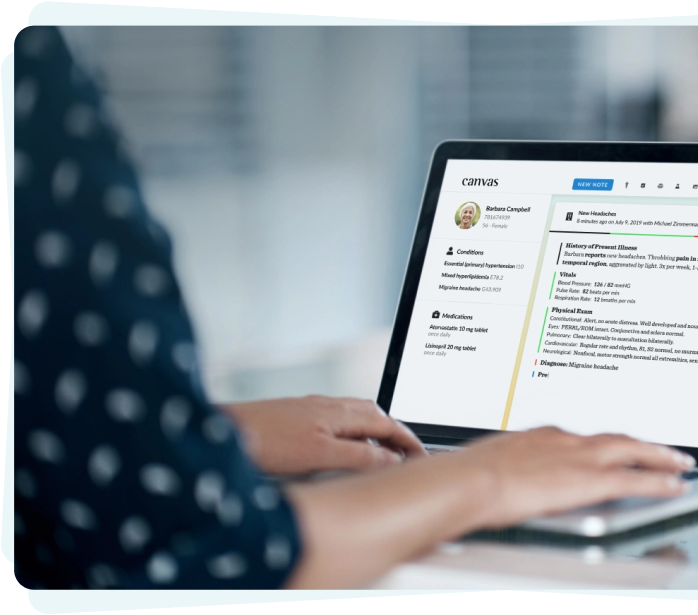 Canvas Medical, an electronic health records (EHR) startup, today announced their $17 million Series A and a new partnership with Anthem, one of the biggest health insurance companies in the country.

The round was co-led by Inspired Capital and IA Ventures, with participation from Upfront Ventures. This round brings the company’s total funding to date to $20 million.

The San Francisco-based company, which launched in 2015, aims to help doctors experience a more efficient — and painless — approach to delivering value-based care by offering an EHR platform that promises “80% fewer clicks, 3x faster workflows, and the ability to truly work on one screen,” said Andrew Hines, the company’s CEO and founder.

Value-based care is a delivery model where providers are paid based on patient health outcomes as opposed to the traditional pay-per-service model where doctors are reimbursed per visit.

We’ve seen a transition in the U.S. toward value-based care over the last several years, and that shift is also being reflected in how doctors are getting reimbursed. As a result, existing EHR companies find themselves having to add bells and whistles to their platforms, which in turn has compromised the doctor’s workflow experience.

“What has happened over time is we have asked our clinicians to become sophisticated coders. They are clicking through screens that are cluttered, that are not designed with human factors in mind,” said Steve Strongwater in Catalyst, a journal on innovation in care delivery published by the New England Journal of Medicine. Strongwater is a physician and the CEO of Atrius Health in Boston.

“Current EHRs are a workplace hazard from an ergonomics perspective,” said Hines. “It’s like if you sit in the wrong chair day in and day out, your back is going to hurt.”

While technology has made many people’s jobs easier, that’s not the case for doctors. Studies have shown that EHRs are actually a source of physician burnout in the U.S., which is in and of itself a problem of national concern.

The EHR market is extremely fragmented (there are several hundred EHR companies in the U.S.) which makes sharing medical records between physicians a challenge. Because health insurance claims contain significant medical information, insurance companies are a reliable alternative source for a lot of the important data about their members. But if a doctor needs to access that information for treatment purposes – which they have to do regularly – they have to log into a different portal or access a different report depending on each patient’s insurance. That’s one of the problems Canvas aims to solve, and their partnership with Anthem is just the beginning.

While there’s often a major amount of inertia — and associated cost — with changing EHRs, Hines, a data scientist-turned-entrepreneur, says the company assuages these concerns by leading its sale efforts with its numbers.

“Doctors who use Canvas experience 30% more productivity in the first month and are able to save 1-2 hours a day charting — which allows them to see more patients or go home early,” he added.